Northeastern British Columbia seems to be experiencing an increase in unemployment similar to that seen in Alberta over the last 12 months. The last six months have been the most severe due to sustained commodity price declines that a low Canadian dollar could not offset. This has resulted in a great availability of skilled workers and labourers. 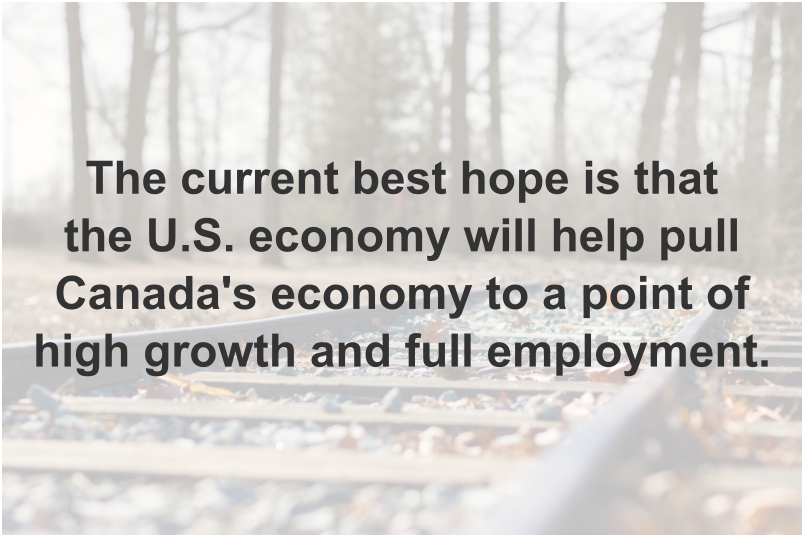 Some employees laid off in Tumbler Ridge are finding employment in the Northeast and some in Alberta where demand for employees has dropped but still remains among the strongest in Canada. When will oil, gas, and coal prices rebound to reduce unemployment back to 5% where the United States is? That is the million dollar question for both British Columbia and Alberta.
The current best hope is that the U.S. economy will help pull Canada’s economy to a point of high growth and full employment. The United States continues to add jobs by the hundreds of thousands, averaging 218,000 per month over the last three years. This will indirectly help the Northeast but the real benefit may come from the U.S. helping pull the rest of the world—including China and India—out of their slow growth and pushing up commodity prices.

Where Will The Jobs Come From?

Forestry, wood manufacturing, and business services lead BC’s job growth right now. Site C dam hiring, scheduled to start in the spring, will provide hundreds of security and labour jobs and a few apprenticeships. The majority of skilled work will likely be completed by out-of-region employees given the number of experienced trades people that will be needed. The number of skilled workers sourced locally is expected to be small.
BC Hydro’s commitment to hire local workers includes a clear mandate for contractors to hire First Nations employees. They are likely available as First Nations unemployment is higher than the general population.
The majority of projected BC Government job opening are due to anticipated retirements and normal turnover as well as a handful of projects that the government feels businesses have committed to. The 2014-2024 job projection includes a substantial cut in the number of estimated major projects—from 37 to 27. That’s a 27% reduction in less than a year. The good news is that $51.4 billion in major projects are still slated to go ahead and drive job growth.

Future Not Written In Stone