National news outlets, social media, and Hydro One acted swiftly yesterday to deal with the conduct of a group of young men who thought sexual harassment on TV was funny. The female broadcaster who confronted this issue, Shauna Hunt, has received excellent support from across Canada and from at least two of the employers of these young men.
Within 24 hours Hydro One announced the termination of one of the employees and a second employer is taking disciplinary action. This swift action by employers is surprising considering the police have not laid charges, the individuals did not seem to have public roles, and their actions did not disclose their employer through wearing of work clothing or mentioning their employer’s name.
In Canada the concept of just cause often makes it difficult for employers to terminate employees even for misconduct at work, much less outside of the workplace. BC Employment Standards outlines just cause as:

“the employee knew what they were required to do, and deliberately did not do it, or that they knew what was not permitted, but did it anyway.”

In this case, they would have been aware that their conduct would breach harassment policies in their workplace and since Hydro One employees often interact with the public while maintaining power lines and in some cases driving company vehicles home, their training likely covered conduct with the public, the media, and outside of the workplace. 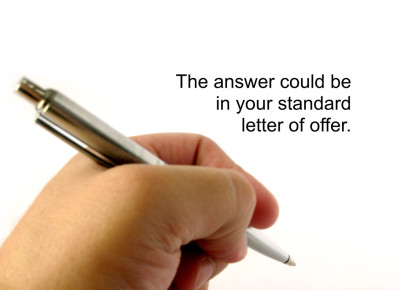 With a unionized workplace and in common law, it would still be difficult for such a termination to be upheld unless the harassment policies were clear, training was ongoing and the policy was consistently and clearly enforced. The one thing that may allow an employer to terminate if any of these conditions are absent would be a clear provision in their signed letter of offer, stating the terms of termination. If an employee agrees to terms of termination that are consistent with law an employer can terminate with or without just cause.
Consider adding a specific wording such as “If your employment comes to an end you will be treated in line with the provisions of Section 63 of the Employment Standards Act of British Columbia.” Each province and federally regulated industry may require similar language, for example in Ontario see Part XV of the Employment Standards Act and in Alberta
Part 2, Division 8 of the Employment Standards Code.
Terminating employees, even ones behaving as badly as we saw this week in front of the Toronto FC soccer game, is not an easy task. Working with a good employment lawyer to put together offer letters that allow terminations may be the best solution when employees break not only your code of conduct but also the law outside of work.