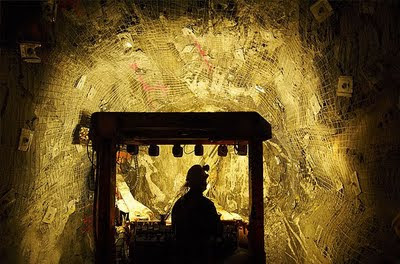 2009-2010 have been very interesting years for Canadian mining as mineral companies as prices recovered or remained near all time highs and labour strife was felt across the country. On July 22, 2010 we saw a BC mine that has been in production for 40 years become certified for the first time. While in Ontario and Newfoundland we have seen two of the most costly strikes in Canadian history for both miners and one of the world’s largest mining companies.

According to a survey by Infomine.com this labour unrest took place  while most companies were sharing  the profit  they make through wage increases and bonuses .Wages were up 2.5% in the last 12 months with 80% of mines increasing wages, and only 20% seeing wage freezes. 76% of mines reported that they have an incentive plan with gold, silver and copper mines paying out the highest bonuses. It is clear that Canadian mines have some of the highest paid workers in the country and high safety standards, thanks to a history of unionization.

Over 90% of our customers are unionized and we recruit people who end up making some of the best wages in the world. Our ability to find both non-unionized and union workers helps companies give senior employees time off in the summer, reduces overtime and burn out, and it also helps the unions earn more dues as a result of a larger bargaining unit.

Most of our customers are unionized and few experience strikes as labour stability is one of the most important things to customers, companies and families. A year of strike pay is a small fraction of what a worker would regularly earn and it can take 10 years to recover, while the loss of customers and earnings can be devastating to stock prices and company stability. Let’s hope that a new decade sees more effective negotiations, less work stoppages and higher profits for both unionized and non-union companies.