What a difference a year makes.

In February 2014, oil was flirting with $100 a barrel and the Canadian dollar was within 10% of the US dollar. The picture was looking good for Canadian job seekers, as the United States economic recovery was happening and surely Canada would follow on its coat tails. 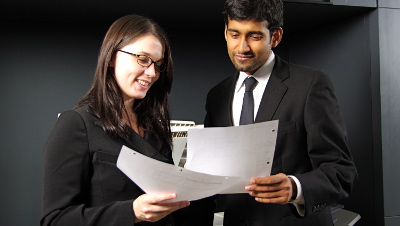 Fast forward 12 months and we have a very different picture of employment and jobs in Canada compared to the United States. The US has been adding over 200,000 jobs a month for over a year and Canada has managed to reduce its unemployment rate by adding part-time workers and independent contractors. Our dollar has dropped by 10%, making attracting American professionals to come work in Canada next to impossible.

Over the last few years, Canada has done extremely well attracting the United States’ best and brightest under the North American Free Trade Agreement. Canada has managed to recruit almost twice as many professionals away from the US as were recruited from Canada. The list of professionals Canada has recruited are crucial to our economy and included engineers, doctors and college and university instructors.

2014 and 2015 could be a turning point for this trend as the Canadian dollar drops and the US economy basically steamrolls over ours. Jobs at hospitals and mines in the US look mighty attractive to Canadians, when they look at a 20% difference in the dollar, lower tax rates and lower housing costs.

I have a family member who just left for the United States, not for the money but for the job opportunities. The US has always been a great place for Canadians to gain experience, and with the roll out of something close to universal health care, the investment in private and public health care makes the US an attractive career destination.

Canada will likely not attract as many Americans in the mining and oil & gas sectors in 2015, with low commodity prices putting more Canadian talent back in the market.